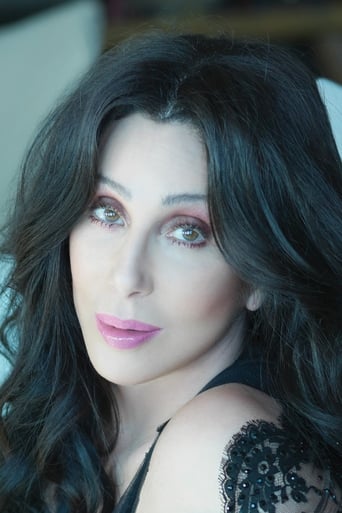 Cher, Born Cherilyn Sarkisianis a long-time American #1 Billboard Hot 100 and Grammy Award winning recording artist, Emmy Award winning television personality, multiple Academy Award, Golden Globe, and Cannes Film Festival award winning actress, director, record producer and dedicated philanthropist. With a career spanning over six decades and referred to as the Goddess of Pop, she has won an Academy Award, a Grammy Award, an Emmy Award, three Golden Globes and a Cannes Film Festival Award among others for her work in film, music and television. She is the only person in history to have received all of these awards. Cher began her career as a backup singer and later came to prominence as one half of the pop rock duo Sonny & Cher with the success of their song "I Got You Babe" in 1965. She subsequently established herself as a solo recording artist, and became a television star in 1971 with The Sonny and Cher Comedy Hour, a variety show for which she won a Golden Globe. A well received performance in the film Silkwood earned her a nomination for the Academy Award for Best Supporting Actress in 1984. In the following years, Cher starred in a string of hit films including Mask, The Witches of Eastwick, and Moonstruck, for which she won the Academy Award for Best Actress in 1988. In addition to her return to the big screen in 'Burlesque', Cher also recorded two new songs for the film, 'Welcome to Burlesque' and 'You Haven't Seen the Last of Me'. The latter of the two has had success in the Club scene, peaking at the #1 spot on Billboard's Dance/Club Play Songs chart. This fact gives Cher the title of only singer with #1 in every decade since the 60's on at least one Billboard chart. 'You Haven't Seen the Last of Me' went on to win the 2011 Golden Globe Award for Best Original Song As of 2010, Cher is dating the American comedy writer, Ron Zimmerman. They were first seen together in public in August 2010, having been dating for around six months.