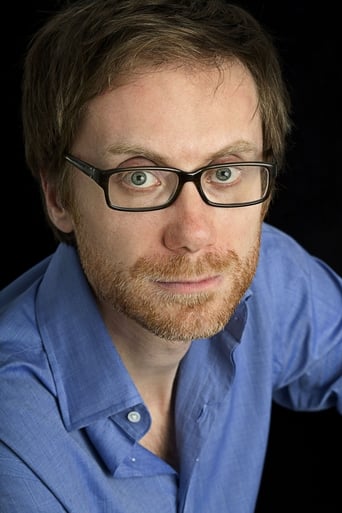 From Wikipedia, the free encyclopedia Stephen James Merchant (born 24 November 1974) is a British writer, director, radio presenter, stand-up comedian, and actor. He is best known for his collaborations with Ricky Gervais, as the co-writer and co-director of the popular British sitcom The Office, as the co-writer, co-director and a co-star of Extras, and as the co-host of The Ricky Gervais Show in its radio, podcast, audiobook and television-show forms. The Ricky Gervais Show in radio form has won a bronze Sony Award. He is also due to be appearing in the new TV series Life's Too Short. He voiced the character Wheatley in the popular 2011 video game Portal 2. Description above from the Wikipedia article Stephen Merchant, licensed under CC-BY-SA, full list of contributors on Wikipedia.